Bitcoins is the future of money I have no doubt about that. In Zimbabwe Bitcoins are gaining its popularity also in Africa. In this article I will cover how to buy and sell bitcoins in Zimbabwe to be precise. Thousands of people have lost money, A number of websites are talking about it as well. I will share the good and the bad behind bitcoins. With that out of the way lets first look at what bitcoins are .

WHAT IS BITCOIN- VIDEO presentation

CLICK to see more about bitcoins on WIKI. In simple terms bitcoins is money as the video explained. There are several ways to access bitcoins via the internet some are bitcoin mining, getting paid in bitcoins for service rendered , profits from online investments  and so on.

I will cover the basic steps that one needs to follow to started  with bitcoins.

A Bitcoin wallet is a software program where Bitcoins are stored. To be technically accurate, Bitcoins are not stored anywhere; there is a private key (secret number) for every Bitcoin address that is saved in the Bitcoin wallet of the person who owns the balance.

There are many platforms that offers wallets depending with which one you prefer using  for example www.blockchain.info , www.localbitcoins.com ,  Strongcoin.com. Just to mention a few the list is endless, myself I use the above wallet.

Watch the video below on how to create a bitcoin wallet

There are several ways of buying bitcoins in Zimbabwe. The first thing you must have is a visa card or a master card. Check with your bank if they facilitate online buying via master card or visa card. I have worked well with PREPAID mastercard from FBC Bank Zimbabwe. When I applied for my card I got it card in less than 20 minutes and it costed me about $5.00 at the time of application. Many people asked me about the ecocash master card. Yes one can use an ecocash master card but I don’t recommend it  because it gives 2 weeks of use and you have to reapply again and again as compared to a master card from a bank which is given two to three years of expiration..

I use a website called www.247exchange.com to buy bitcoins with a mastercard. I load money in my bank card go on to the website and buy bitcoins that will go and seat in my bitcoin wallet like blockchain.info.

I have been buying bitcoins on 247exchange for a long time now. Now and again when I recommend people to buy bitcoins from this website most of them cannot go through the KYC (Verification process) procedure. 247exchange have a KYC rule that states that before you buy bitcoins they need to know who their client is ? Hence they ask you to upload copy of your ID, Proof of residence, photo with id, picture of your bank card, and so on. After you provide these then you can buy bitcoins.

There are many ways one can use bitcoins. People use bitcoins to buy good and services online. I use bitcoins in number of different online projects. The purpose of this article was for me to just outline the process . I am not going to go into what I use bitcoins for . 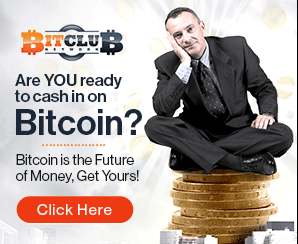 I get asked with a number of people how to sell bitcoins. What to do in the event that they are in possession of bitcoins and they want hard cash. In this time we live if you have bitcoins in Zimbabwe its more like you have diamond, endless of people need to have this currency. In the event that you have the bitcoins and you need to dispose them to cash, Take time to learn how to sell bitcoins on localbitcoins.com. I have realized  that it  is a good market place that gives a good rate. Another place is Cyptogem there is an endless demand of bitcoins on that website I have had a chance to talk to one of the staff who runs the website (Tawanda Kembo)

One of the things I don’t like about bitcoins is the No Buyer Protection. This means that when goods are bought using Bitcoins, and the seller doesn’t send the promised goods, nothing can be done to reverse the transaction.

There is a lot that I have not covered with regards to this topic but I just wanted to give some people a head start on using bitcoins as now and then I get asked about Bitcoins.

Depending which country you live, there many platforms that provides bitcoins services. In some countries there are even bitcoin atms, mastercards and so on.

Please if you have questions or experience about this topic please leave your comment in the section below.

27 thoughts on “How to buy & sell bitcoins in Zimbabwe”